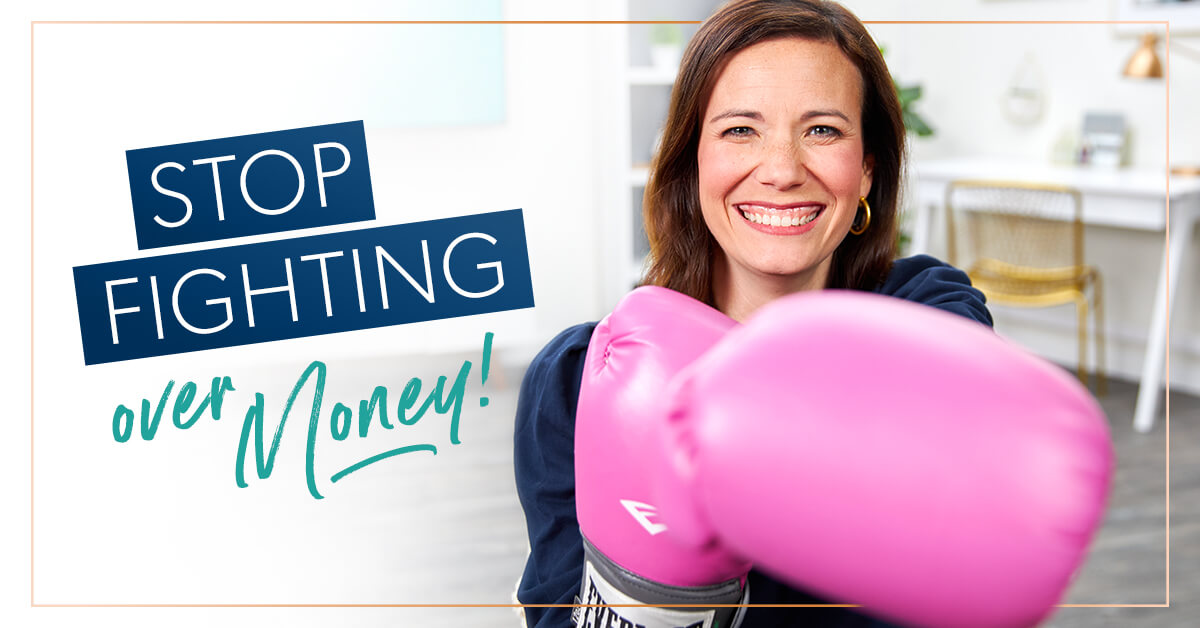 Love puts no limits on topics for conversation—but if you’re constantly fighting over money, it’s not something you want to bring up.

Money is the number one issue married couples fight about, and it’s consistently a leading cause of divorce. This is why working through your money issues in a healthy way is actually more valuable than the money itself.

When Arguing About Money Becomes the Norm

You’ve lived out some version of the story before: You’ve both had a long day at work, the kids are bouncing off the walls, and your spouse casually mentions that they just spent $75 on something fun for themselves.

So, under your breath, you say, “Must be nice to just be able to spend money like that without running it by me.”

Your spouse gets defensive, and the game of verbal tennis begins. Over the next 30 minutes, the conversation slowly evolves into a heated discussion, and you’re at odds with the person you love the most—again.

The kids scamper to their bedrooms. The dog hides under the couch. The neighbor outside looks up from pruning his rose bushes.

Or maybe money conversations in your house aren’t loud, but there’s an underlying tension that creeps to the surface every now and then.

Budget battles come in all shapes and sizes. Maybe it’s an expected bill that hits at just the wrong time or an unplanned loan to a family member. Or maybe it’s a purchase you just don’t think the family needs right now—or one you’re sure you do need. Whatever the reason you find yourself arguing about money, it’s stealing your trust, your peace, your communication and your fun from your marriage.

How Fighting Over Money Impacts Your Marriage

For a lot of couples, money fights aren’t just a small bump in the road. They can become a major roadblock. The reality is that fighting over money isn’t just holding you back financially. It trickles down to all aspects of your marriage and your life.

Negative Effects of Fighting Over Money:

7 Steps to Stop Fighting Over Money

Money fights and money problems are painful. If you’re struggling to get on the same page with your spouse, use these seven steps to restore the peace.

You already know men and women are different. But being different isn’t bad—in fact, it’s really important. I talk a lot about being aware of each other’s differences, like nerd vs. free spirit, spender vs. saver, and safety vs. status.

Being aware of your differences is the first step to actually being able to appreciate them. Use that to maintain balance during your money talks. And don’t just hear your spouse’s concerns—really listen to them and look for the truth in what they say. You’re not the only one with a perspective on the issues, which is why it’s super important to listen first and speak later.

Why do you handle money the way you do? Take the quiz!

People get so passionate and protective over their right to a separate account from their spouse. But you guys, to succeed financially and relationally in a marriage, a couple has to be on the same page. On your wedding day, the pastor says, “Two will become one,” for a reason. It’s almost impossible to stay “one” if you have separate bank accounts, argue about money all the time, and face constant financial stress in your marriage.

In marriage, effective budgeting means you should make time each month for face-to-face budget date nights! I’ve seen countless couples do this and get positive results beyond the budgeting spreadsheet. Couples who set financial goals together are generally closer because the trust factor is much higher. They can nurture troubled marriages and strengthen healthy ones. It’s a beautiful thing.

Get your budget date night started with my “6 Money Talks Every Couple Should Have” here!

Two of the most dangerous words in any marriage fight—about money or something else—are never and always. It’s easy to fall back on “you never do this” or “you always do that.” But most of the time, those accusations are based on emotion rather than reality. Don’t fall into that trap. Be careful of speaking in extremes.

5. Attack your debt together.

Debt creates a lot of money fights. Almost half of couples with $50,000 or more in consumer debt say money is a top reason for arguments.3

So, do yourselves a huge favor and start getting out of debt. Not only will this eliminate a huge (and maybe the biggest) stressor on your marriage, but it will also give you a shared goal to work toward together.

And listen, guys, go crazy when you’re paying off debt! That means making some short-term sacrifices for your long-term good. You might even consider getting an extra job for a few months. You may have to put date nights on pause. You may say good-bye to cable. If you want our complete plan for getting out of debt and building wealth as a unified team, start your free trial of Ramsey+ today.

6. Don’t be afraid of compromise.

The word compromise may not come naturally to you, but if you want to stop fighting over money, it’s crucial. While you never want to compromise your integrity or ruin your financial plan, meeting in the middle can lead to a great solution. Marriage is all about give and take, so stay on the same page by allowing a little wiggle room on tough topics.

As a couple, you know where you are right now. And after a few months of budget date nights, you should have a shared vision for where you want to be. A big part of marriage is creating a life you love together. Money is simply a tool to help you realize those dreams.

So, don’t let the immediate conflict erase the progress you’ve made or derail your dreams for the future. Start every financial discussion with the end in mind—and never let your fights move you off that foundation.

You CAN Stop Arguing About Money for Good

The biggest step to stop fighting over money is sitting down with your husband or wife and admitting that some work needs to be done.

So, after you put the kids to bed tonight, turn off the television, sit down and have a nice, long talk with your significant other. Put everything out there—money issues, communication issues, trust issues . . . everything. Once you understand how each of you are feeling, you can work toward overcoming the issues together.

Money is an emotional topic, and how you deal with it will affect your family tree for generations to come. You might not be able to avoid every money fight in your marriage, but you can learn to fight fair and work together.

I dive into this in my brand-new book, Know Yourself, Know Your Money. In the book, I’ll help you and your spouse discover your unique beliefs around money. Hint: A lot of it has to do with how differently each of you were brought up! You can learn more about it here.

Working these things out together will spell the difference between moving forward and getting stuck in the vicious cycle of fighting over money. 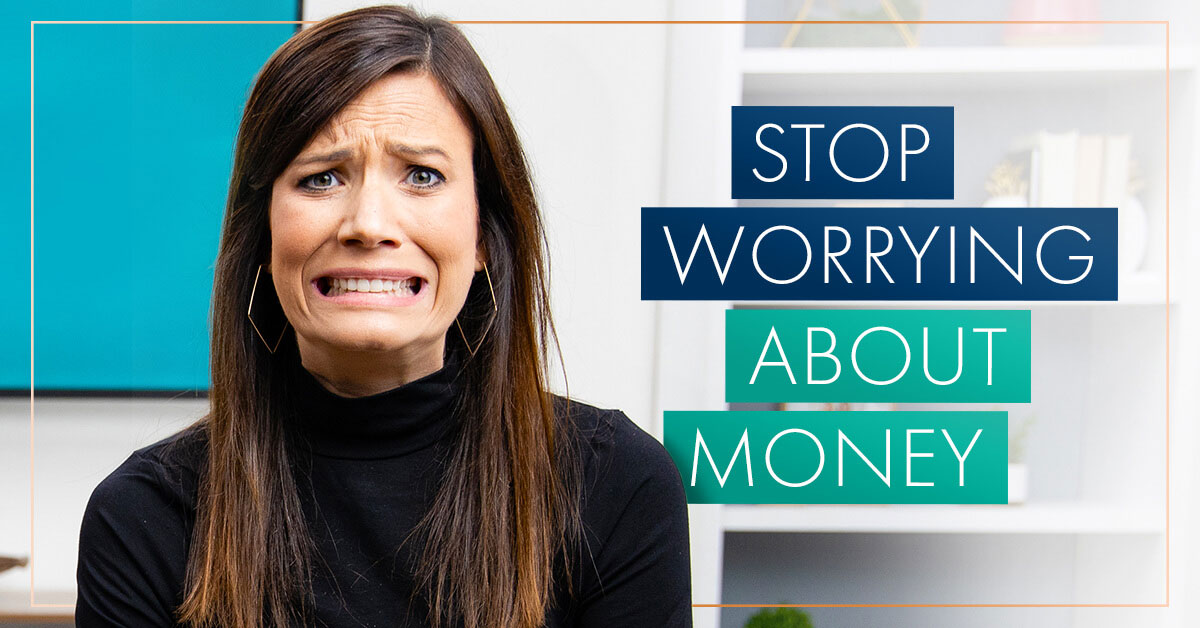 How to Stop Worrying About Money

Money is the #1 thing Americans worry about, even before their jobs, families or health. Here’s how to stop worrying about money for good.
Read More 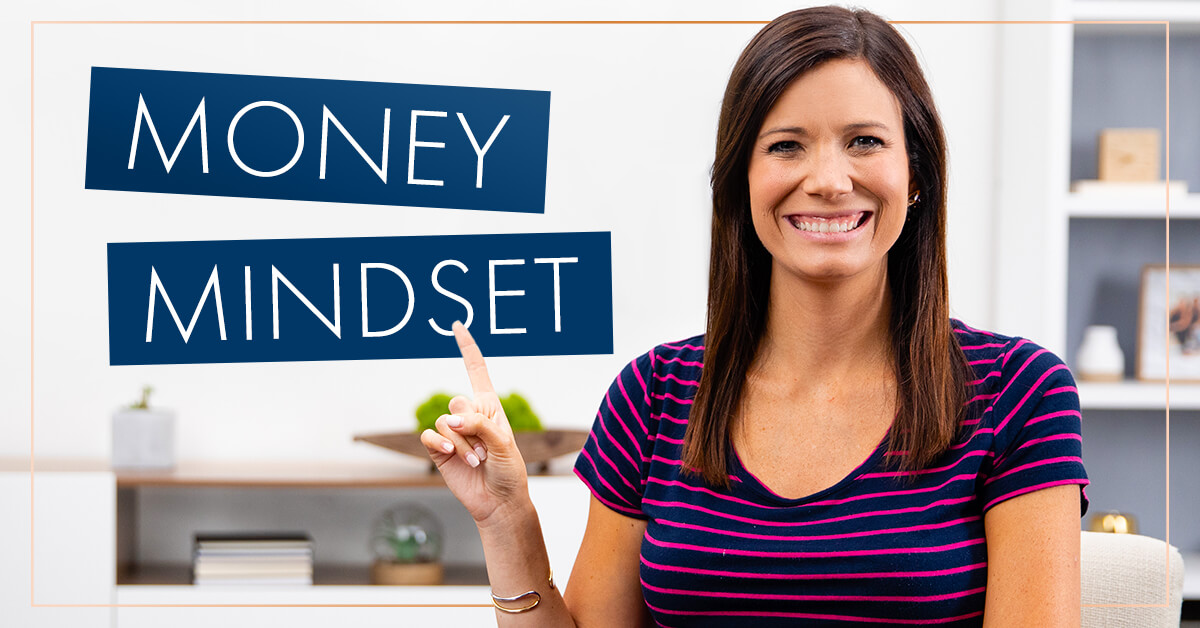 How to Change Your Money Mindset

What beliefs, attitude and mindset do you have around money? What you believe will directly affect the way you handle money.
Read More 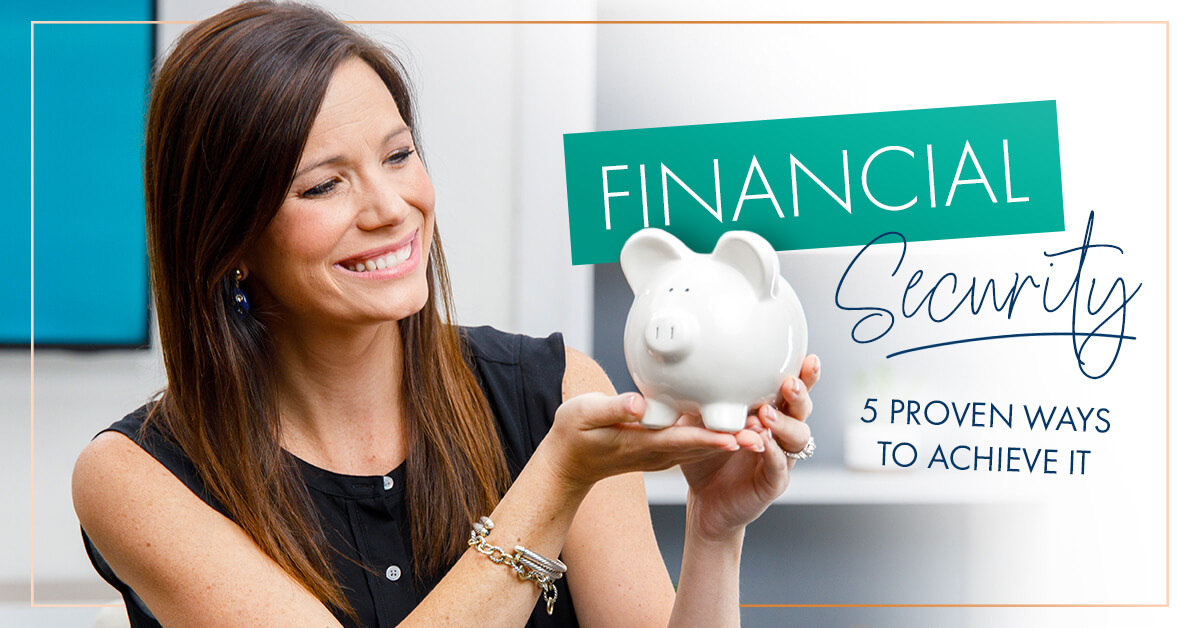 You can take the first step toward real financial security today. Just start with these five things!